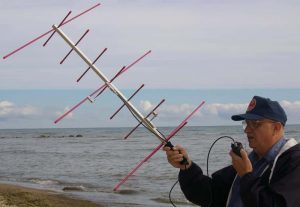 EASAT-2 and Hades Satellites with FM Repeaters Scheduled for Launch

The EASAT-2 and Hades satellites are scheduled to launch on January 13 on a SpaceX TR-3 flight, AMSAT has reported, citing information provided by AMSAT-EA President and Mission Manager Felix Paez. Both will carry amateur radio payloads offering FM voice and data retransmission in FSK or AFSK up to 2,400 bps, and Hades is equipped for slow-scan television (SSTV) and FM voice beacons with call signs AM5SAT (EASAT-2) and AM6SAT (Hades).

Paez has called on the amateur radio community to listen for both satellites when they are activated. In the case of EASAT-2, that will be about 30 minutes after launch (1525 UTC). Hades will be activated remotely a few days after launch. Share reception reports with AMSAT-EA.

EASAT-2 was designed and built by AMSAT-EA and students from the European University of Degrees in Aerospace Engineering in Aircraft and in Telecommunication Systems Engineering. It carries an experimental load of a basalt material from Lanzarote that is similar to lunar basalts. It’s believed that this material, which was provided by the CSIC research group on meteorites and planetary geosciences at the Institute of Geosciences, could be used as a lunar construction material.

During various investigations, the UNESCO world geopark of Lanzarote and the Chinijo archipelago have served as an as an analog of the moon and Mars, as well as for training European Space Agency astronauts, Paez said. The purpose of the basalt experiment is to determine its evolution in space based on periodic measurements of some of its properties. “Although the experiment is limited and constitutes the first phase of this type of study, it represents an important milestone as it is the first of its kind to be introduced on such a small satellite,” Paez explained.

The Hades payload consists of a miniature camera, the output of which will be transmitted as an audio signal in SSTV mode. The transmissions will be compatible with Robot36, Robot72, MP73, and MP115. The camera module design was based on one used successfully in the PSAT-2 satellite, which was built by cadets at the US Naval Academy and by students at the Brno University of Technology and has been in use since 2019. The system will be controlled completely from the ground. The SSTV firmware will permit sending live images as well as images saved in flash memory or encoded in onboard read-only memory (ROM). It also provides PSK telemetry and imaging advance scheduling with current status (event counters, temperature, voltage, light conditions, etc.) and a brief summary, Paez said.

More information in English and Spanish on transmissions from both satellites is available from AMSAT-EA.