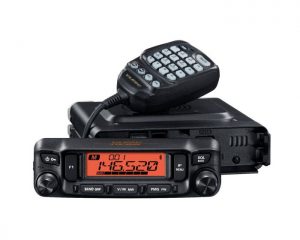 The Yaesu FTM-6000 was released at the end of October 2021. It is the spiritual successor to the FTM-2900 Its a listed as a basic mobile radio, but it has some features that I think you should think about. It’s also drawing some angry comments online and I’d like to talk about that.

– The  speaker  delivers  3W  of  clear  and  crisp  receive  audio  which  has been  specifically  tuned  for  radio  communication.