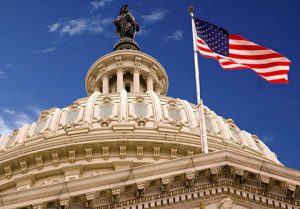 Approximately 10 days ago, ARRL became aware of a provision in the $3.5 Billion Budget Reconciliation Bill that would have required that approximately 200 MHz of the 3.1 – 3.45-GHz band be reallocated to the use of 5G vendors. Moving swiftly, the ARRL Executive Committee authorized ARRL’s Washington Counsel to begin preparations to respond. But, confronted with the probable delay of the Reconciliation Bill and an uncertain future for the 3 GHz provisions, Subcommittee Chairman Michael Doyle (D-PA-18) and Representative Doris Matsui (D-CA-6) introduced similar reallocation language on September 29 as H.R.5378 (117th Congress, 1st Session.) and scheduled hearings on it and related communications bills for Wednesday, October 6, 2021.

The Executive Committee and the Legislative Advocacy Committee immediately set efforts in motion in Washington to obtain support for ARRL’s position. Meetings were held on short notice to request support with the offices of Subcommittee members including Representatives Adam Kinzinger (R-IL-16) and Tim Walberg (R-MI-7), as well as with Representatives John Larson (D-CT-1) and Joe Courtney (D-CT-2).

In his written statement to the Subcommittee in conjunction with the hearing, President Roderick emphasized that permitting Amateur Radio to continue to have use of the 3.3 – 3.45-GHz band on a strictly secondary, non-interfering basis will provide full protection to commercial licensees with exclusive licenses and further the public interest in providing a means for continued technological innovation.

Despite vigorous opposition from ARRL and others, the FCC in 2020 ordered the “sunsetting” of the 3.3 – 3.5 GHz band in order to auction the spectrum to commercial 5G providers. The Commission allowed amateur operations to continue in the lower 150 megahertz of the band, 3.3 – 3.45 GHz, until it acts in a future rulemaking to address that spectrum. Amateur operations were allowed to continue in the upper 50 megahertz, 3.45 – 3.5 GHz, only until 90 days after the auction including that spectrum has closed. The auction began this week; it is likely that operations will have to cease in February or March, 2022.

“A core standard of spectrum policy should be to maximize use of this valuable but finite spectrum resource,” President Roderick told the panel. “The [FCC] in earlier proceedings adopted a variety of methods to share and maximize use of the spectrum by radio amateurs and others, but in its latest 3 GHz proceeding it did not do so, despite hundreds of comments filed by radio amateurs.” President Roderick said that if the current policy continues, existing spectrum at 3 GHz being addressed in H.R.5378 “will be cleared indiscriminately,” leaving “significant spectrum resources vacant into the foreseeable future while radio amateur experimentation and operation will be forced to cease for no reason except regulatory myopia. It need not be so.”

President Roderick pointed out that in earlier proceedings, the FCC adopted methods to ensure unencumbered spectrum access by primary users while accommodating secondary users on a non-interference basis. “These methods work well and remain effective without complaint in other frequency bands, and also should be applied to the 3 GHz band,” he said.

Primary commercial users “would rarely use all of their licensed spectrum throughout their entire licensed service areas,” President Roderick said. In its recent 3 GHz proceeding, however, the FCC “went beyond merely prohibiting amateur operations in areas and at times when primary Commission licensees might use the spectrum,” ruling instead that all amateur operation in the subband being auctioned must terminate within 90 days of the auction’s close. President Roderick told the FCC that it is not logical for the Commission to leave spectrum unused before licensees start using it.

“ARRL, on behalf of the more than 750,000 amateur licensees in the United States, respectfully requests that Congress take this opportunity to instruct the Commission in H.R.5378 that radio amateur secondary uses should continue to be authorized in the 3 GHz band,” President Roderick concluded. He said there is no technical basis for removing amateur secondary operations from the 3 GHz band where radio amateurs “long have used the bits and pieces of unused spectrum for technological innovation.”

On behalf of ARRL, President Roderick expressed appreciation for the support and efforts of Chairman Doyle and Representatives Larson, Courtney, Kinzinger, and Walberg to meet with ARRL representatives on short notice and to include ARRL’s position on H.R.5378 in the Committee’s hearing record.