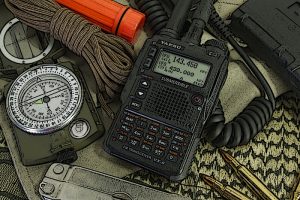 “This is one of those storms that make planning extremely tough,” HWN Manager Bobby Graves, KB5HAV, said. Hurricane Grace will make landfall twice, and, Graves said, each one will take place at times when propagation on 20 and 40 meters is nearly nonexistent. “But we can only do our best,” he added.

The HWN will activate today at 2100 UTC on 14.325 MHz and continue on this frequency until it loses propagation. The net will reactivate on 7.268 MHz at 0000 UTC on Thursday and remain active until propagation is lost.

“Looking ahead to the final landfall, unless something drastically changes, we will plan to activate Friday afternoon using the same start times,” Graves said. Grace is poised to make landfall on the Yucatan Peninsula Thursday morning, moving over the southwestern Gulf of Mexico early Friday and then making landfall again somewhere between Túxpam and Veracruz, Mexico, just before sunrise on Saturday.

“This storm could make as many as three landfalls,” Graves noted, if Grace hits the island of Cozumel before reaching the mainland of Mexico. A Hurricane Warning is in effect for the Yucatan Peninsula from Cancun to Punta Herrero, including Cozumel.

The National Hurricane Center predicts that Hurricane Grace will follow a west to northwest to westward motion for the next several days. Some additional strengthening is expected before the storm’s center reaches the eastern Yucatan Peninsula before weakening over land. Grace is expected to regain strength as it moves over the southwestern Gulf of Mexico on Friday. Hurricane-force winds extend outward up to 25 miles from the storm’s center, and tropical-storm-force winds extend outward up to 115 miles.