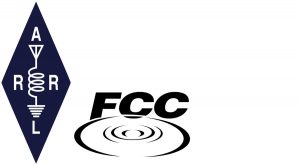 The June 2021 activity report of the Volunteer Monitor (VM) Program has been released. The VM Program is a joint initiative between the ARRL and FCC to enhance compliance in the Amateur Radio Service.

The Volunteer Monitor coordinator had one meeting with the FCC, and two cases were referred to the FCC for further action. One case involves a taxi company in Alaska operating on 2 meters. — Thanks to Volunteer Monitor Program Coordinator Riley Hollingsworth, K4ZDH