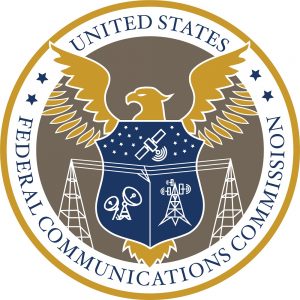 The FCC is soliciting a second round of comments on whether to authorize commercial space entities to obtain licenses for frequencies used exclusively during space launch activities. The proposals include parts of the 70 centimeter (420 – 430 MHz) and 5 centimeter (5650 – 5925 MHz) bands. The federal government is allocated this spectrum on a primary basis and routinely uses it during space launches, but commercial space companies must obtain short-term Special Temporary Authority (STA) authorizations from the FCC to use it for the same purpose.

The last decade has seen a dramatic increase in commercial space launches. In March, the Federal Aviation Administration (FAA) streamlined its commercial space launch and reentry licensing regulations. The FCC in April adopted some of its proposals from 2013 and solicited additional comment in a Further Notice on these proposals in ET Docket No. 13-115, “Allocation of Spectrum for Non-Federal Space Launch Operations.” The proposals would allow private commercial space companies to obtain regular FCC licenses instead of launch-specific STAs in a number of bands, including 420 – 430 MHz and 5650 – 5925 MHz.  The federal government, including the US Department of Defense, is the primary user of both bands.  Amateur operations are allocated on a secondary basis. The FCC again seeks comment on whether it should authorize use by commercial space launch entities limited to space launch uses identical to those employed by the federal government on this spectrum.

Primary federal users heavily employ the 70-centimeter segment for radiolocation applications. Frequencies in the 420 – 430 MHz segment also can be used during space launches to send a flight self-destruct signal if a launch goes off course and poses danger to a populated area. The Commission’s 2013 proposal, repeated in 2021, would permit use restricted to flight termination during launches by commercial space launch companies .

Primary federal users also make use of 5650 – 5925 MHz for radiolocation applications, with channels used during launches for radar tracking. The Commission proposes to permit use by commercial entities similarly limited to use for radar tracking of launch vehicles.

The Commission notes in its Further Notice of Proposed Rulemaking that since 2013, commercial entities have become established in space launch operations that were formerly the province of NASA. “To support these commercial space ventures, entities such as the New Mexico Spaceport Authority, the Virginia Commercial Space Flight Authority, and the Houston Airport System have established non-Federal spaceports,” the FCC said, noting that five bands — including 420 – 430 MHz and 5650 – 5925 MHz — are commonly used for communication with and tracking of launch vehicles.

The Commission noted, however, that several commercial space launch providers indicated that they do not use either band for their operations. The FCC said that it has not granted an STA for the 420 – 430 MHz band related to space launches, and in the recent past only one operator obtained STAs to use the 5650-5925 MHz band for a small number of launches.

The Commission concluded that, “Given the limited current use of these bands during space launches [by commercial space entities], we are not convinced that there is need for new allocations for either band.”