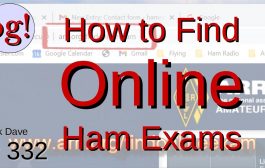 ARRL has awarded a Colvin Grant of $5,000 to the Intrepid-DX Group to help in funding its 3Y0J DXpedition to Bouvet Island, scheduled for January to February 2023. Paul Ewing, N6PSE, and Ken Opskar, LA7GIA, will share leadership for the 14-person multinational team. A dependency of Norway, Bouvet is a sub-Antarctic island in the South Atlantic. It is the second-most-wanted DXCC entity, behind North Korea. The last Bouvet activation was 3Y0E, during a scientific expedition over the winter of 2007 – 2008. Ewing has said that the team began planning for the Bouvet DXpedition on the heels of its successful 2016 VP8STI and VP8SGI efforts. The announced budget for the 2023 DXpedition is $764,000. The Northern California DX Foundation and the International DX Association are major sponsors.

The Colvin Award is funded by an endowment established by the legendary DX couple Lloyd Colvin, W6KG, and Iris Colvin, W6QL, both now deceased. The Colvin Award is intended to support amateur radio projects that promote international goodwill in the field of DX. Grantees must be groups with a favorable DX track record and with experience directly related to the proposed enterprise. The proposed project must have as a goal a significant achievement in the field of DX. Preference is given to multinational groups, all of whom are members of their own national IARU member-societies.

Ewing said in a recent interview that the 2016 VP8STI and VP8SGI DXpedition provided perfect preparation for the Bouvet DXpedition that lies ahead. A 2018 DXpedition to Bouvet by another team had to be scuttled — with Bouvet Island already in view — after encountering severe weather and an engine problem.

The plan calls for the 3Y0J team to board the vessel Braveheart in Cape Town, South Africa, for “the treacherous voyage to Bouvet,” Ewing said. Plans call for spending 20 days on Bouvet with “14 to 16 good days of radio activity.” He has called on the DX community for support in achieving its mission of 100,000 or more contacts from Bouvet.

The team will make best use of propagation and modes on 10 – 160 meters, with operation on SSB, CW, and digital modes.