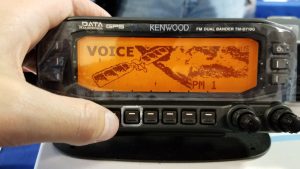 ARISS Ham Station in Columbus Module Is Once Again Operational

Some 6 weeks after going silent following a spacewalk that installed new antenna cabling, the Amateur Radio on the International Space Station (ARISS) ham station in the Columbus module is once again operational. The Columbus station, which typically uses the call sign NA1SS, is the primary ARISS amateur radio station used for school contacts and other activities. A January 27 spacewalk replaced a coax feed line installed 11 years ago with another built by the European Space Agency (ESA) and Airbus.

While the specific cause of the problem has not yet been determined, a March 13 spacewalk that restored the antenna cabling to its original configuration provided the cure. The plan to return the ARISS cabling to its original configuration had been a “contingency task” for a March 5 spacewalk, but the astronauts ran out of time. The ARISS work was appended to the to-do list for astronauts Mike Hopkins, KF5LJG, and Victor Glover, KI5BKC, to complete a week later.

“On behalf of the ARISS International Team, our heartfelt thanks to all who helped ARISS work through the cable anomaly investigation, troubleshooting, and ultimate repair,” ARISS International Chair Frank Bauer, KA3HDO, said. Bauer praised NASA, the ESA, Airbus, and ARISS-Russia lead Sergey Samburov, RV3DR. While the Columbus ham station was off the air, ARISS school and group contacts were able to continue using the ham station in the ISS Service Module on the Russian side of the station.

During the weekend spacewalk, Hopkins swapped out a cable for the Bartolomeo commercial payload-handling platform that had been installed in series with the ARISS VHF-UHF antenna feed line, returning the ARISS system to its pre-January 27 configuration. Hopkins raised a question concerning a sharp bend in the cable near a connector, but no further adjustments were possible.

On March 14, ARISS was able to confirm the operation’s success when Automatic Packet Reporting System (APRS) signals on 145.825 MHz were heard in California, Utah, and Idaho as the ISS passed overhead. ARISS team member Christy Hunter, KB6LTY, was able to digipeat through NA1SS during the pass. With additional confirmation from stations in South America and the Middle East, ARISS declared the radio system operational again.

Work during the March 13 spacewalk also made Bartolomeo operational. “Yesterday was a great day for all!” Bauer exulted. “Ad astra!”