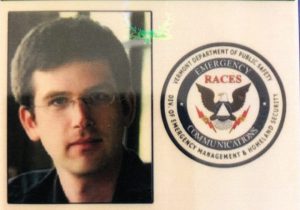 SHELBURNE – One-on-one talks with fellow amateur radio operators as far away as Moscow are now firmly on the horizon for a Shelburne man.

The erection of two antenna towers on Zachary Mangenello’s rural property on Dorset Street — a source of contention with his neighbors for at least a year — was approved by the Telecommunications Review Board this week.

On paper, and later, in balloon tests that attempted to approximate the towers’ altitude, the structures struck some folks as too tall for the neighborhood.

Compromises were struck along the way. The new structures will be measurably less of an eyesore. Originally conceived at 70 feet, Mangenello’s ham radio project is getting off the ground with slim, guywire-supported towers that extend up 40 and 60 feet…..READ MORE