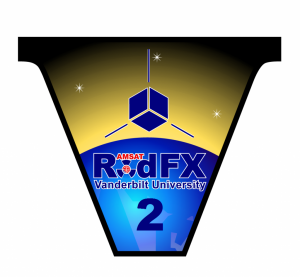 The RadFxSat-2/Fox-1E CubeSat has been designated as AMSAT-OSCAR 109 (AO-109). The satellite, which carries a telemetry beacon and a linear transponder, along with radiation effects experiments, is a joint mission of AMSAT and the Institute for Space and Defense Electronics at Vanderbilt University. While the telemetry beacon on 435.750 MHz has not yet been heard, the transponder is partially operational at reduced signal strength.

“Work continues to recover the telemetry beacon and characterize the transponder with the goal of opening it for general use,” AMSAT said this week. “Testing and characterization of RadFxSat-2/AO-109 continues.”

On January 27, a ham in Nevada reported weakly hearing his CW signal via the spacecraft’s transponder. AMSAT engineering and operations was able to confirm the reports from Brad Schumacher, W5SAT, and determined that RadFxSat-2 is partially functioning, although signals are extremely weak.

AMSAT engineering and operations teams made the official AO-109 designation after confirmation that the linear transponder functional, although with a low-level downlink signal. AMSAT was not positive which of the several suspect objects — D, C, and M — was actually RadFXSat-2/Fox-1E, with AMSAT’s Drew Glasbrenner, KO4MA, targeting object C as the most likely. “Recently, these satellites have sufficiently spread apart to allow testing to determine which object is RadFxSat-2/Fox-1E,” AMSAT said.

During passes on February 2, command station Mark Hammond, N8MH, compared objects D, C, and M for the “best fit” for received signals with Doppler correction on both uplink and downlink frequencies. Objects D and M were quickly eliminated from further consideration, due to poor frequency predictions of Doppler correction compared to observed signals.

AMSAT said its engineering and operations teams appreciate the satellite community’s cooperation to date and reiterated its request that users not attempt to use the transponder until further notice. “The proper identification will allow further characterization of the satellite’s condition through additional testing,” AMSAT concluded.