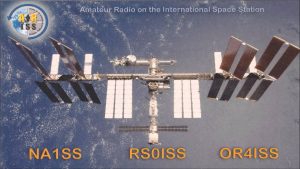 What is keeping the NA1SS amateur station off the air?

Amateur Radio on the International Space Station (ARISS) and its partners are troubleshooting what is keeping the NA1SS amateur station off the air.

ARISS became aware of the problem after an attempted contact with a school in Wyoming, between ON4ISS on Earth and astronaut Mike Hopkins, KF5LJG at NA1SS, had to abort when no downlink signal was heard. ARISS has determined that the problem is not with the radio equipment on board the ISS Columbus module.

ARISS-International Chair Frank Bauer, KA3HDO, explained that during a 27 January spacewalk to install exterior cabling on the ISS Columbus module, the coax feed line installed 11 years ago was replaced with another built by the European Space Agency (ESA) and Airbus. It included two additional RF connectors to support the Bartolomeo payload-hosting platform installed last spring on Columbus.

“On 26 January, prior to the EVA [extravehicular activity], our Columbus next-generation radio system was shut off and the ISS-internal coaxial cable to the antenna was disconnected from the ARISS radio as a safety precaution for the EVA,” Bauer said. “During the spacewalk, an external four-connector coax feed line replaced one with two RF connections. This change was made to allow ESA to connect ARISS and three additional customers to Bartolomeo, as compared to ARISS and one additional RF customer,” Bauer explained.

With the spacewalk completed, the ISS crew restarted the ISS amateur radio station on 28 January, but no voice repeater or automatic packet repeater system (APRS) downlink reports were heard and no downlink signal was heard during an attempted scheduled school contact either. Bauer said that because the exterior cable is not an ARISS cable, ARISS is working with ESA and NASA on a way forward. “NASA has opened a Payload Anomaly Report on this issue. We have talked to both the NASA and ESA representatives,” Bauer said.