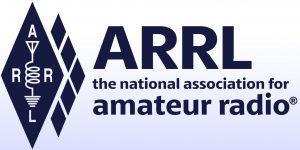 ARRL Board of Directors Confers Awards

During its Annual Meeting on January 14 – 15, the ARRL Board of Directors announced recipients of the ARRL Knight Distinguished Service Award and 2020 Bill Leonard Social Media Award. The Board also recognized several ARRL-affiliated clubs.

ARRL Minnesota Section Manager Richard “Skip” Jackson, KSØJ, is the recipient of the ARRL Knight Distinguished Service Award. During his 16-year tenure, Jackson “has actively promoted ARRL activities in his Section, including visiting hundreds of Field Day operations over the years, represented the League at numerous hamfests, and attended countless club meetings in his state, promoting the League,” the Board’s resolution read. The Board credited Jackson’s leadership for developing “a strong working cadre of volunteers” in the Section, calling him “a model to ARRL Section Managers across the country as a strong supporter of ARRL and its activities.”

The Award’s namesake is longtime veteran New Mexico Section Manager Joe T. Knight, W5PDY, who was the first recipient of the award in 2003. The Award carries a $250 honorarium and a plaque.

The Board also designated Josh B. Nass, KI6NAZ, as the winner of the 2020 Bill Leonard W2SKE Professional Media Award for Video Reporting. The Board cited Nass “for his outstanding YouTube channel, “Ham Radio Crash Course,” which has garnered almost 170,000 subscribers.” The Board resolution observed that generating “productions of high levels of content — and effective and entertaining instruction of that content — all while maintaining rigorous technical standards, [demands] consistent discipline and rigor.” The resolution also cited Nass for his use of “new modes of learning and information conveyance that enhance further education of Amateur Radio operators everywhere.” The Leonard Award includes a $250 honorarium and a plaque.

The Board approved a change to the timing of the Philip J. McGan Silver Antenna Award and the Bill Leonard W2SKI Professional Media Award. The nomination deadline for both awards has been changed to March 31 each year. This brings the cycle of the two media awards into alignment with five other prominent ARRL awards — the Hiram Percy Maxim Award; the ARRL Herb S. Brier Instructor of the Year Award; the ARRL Microwave Development Award; the ARRL Technical Service Award, and the ARRL Technical Innovation Award. Nominations for these awards will cover the previous calendar year. The change is effective with the March 31, 2022, application nomination, covering the period January 1 – December 31, 2021.

The Board also recognized the 70th anniversary of the Garden State Amateur Radio Association (W2GSA). The Board resolution cited the club’s “outstanding record of learning and education programs including youth programs.”

In addition, the Board honored the 105th anniversary of the Amateur Radio Club of the University of Arkansas (ARCUA), W5YM, formed in 1916.

The Board recognized the 50th anniversary of the Boeing Employees Amateur Radio Society-St Louis, which became an ARRL affiliated club in 1971. The club “serves the public and the Boeing community in St. Louis by supporting various needs for radio communications; in times of emergency, requests for support of public service events, development and training in the field of radio communications technologies,” the Board said.