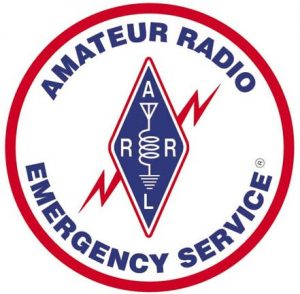 A derecho with winds of 80 to 100 MPH struck eastern Iowa last August, disrupting power and telecommunications for some 400,000 residents. But, as ARRL member and Amateur Radio Emergency Service (ARES®) volunteer Scott Haney, N0GUD, recently explained to The Gazette in Cedar Rapids, that’s when amateur radio shines.

Haney, the president of the Cedar Valley Amateur Radio Club (CVARC), was the focus of the January 19 feature, “2nd-largest per-capita group of amateur radio operators in the world calls Eastern Iowa home,” by Molly Rossiter.

“For some people, [amateur radio is] merely a hobby, but for a lot of us, it’s much more than that,” Haney said. “Ham radio operators are involved in emergency management, in large event management, in a large variety of things. A lot of times people don’t know we’re there, but we’re actually a large part of planning and carrying out many events and gatherings,” he said.

“People don’t realize, especially in weather events like hurricanes, [that] amateur radio is a huge part of getting people in and out of dangerous areas. We’ve been doing that for decades.”

As the article notes, the fact that Collins Aerospace (formerly Collins Radio and Rockwell Collins) calls Cedar Rapids home is believed to be the reason for the second-highest population density of hams in the world in Eastern Iowa.

Haney retired in 2019, after 30 years with Rockwell Collins and Collins Aerospace. He’s been licensed for more than 40 years.