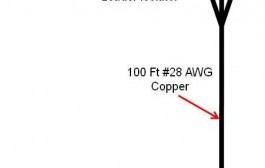 “Here in Nashville and the surrounding counties things are a bit of a mess still. The explosion did a lot more damage than was originally thought. AT&T now has about 30 mobile cell units deployed throughout the area.

“Since about 0730 yesterday, we have had monitoring nets up and running on the local analog repeaters and DMR repeaters. We have mainly been answering questions as best we can considering the limited information coming out from AT&T. My ARES group is ready to deploy to the Williamson County PSC to assist with communications for various county offices when the call comes.

“MTEARS [Middle Tennessee Emergency Amateur Repeater System] is holding nets on our DMR repeater system several times a day. The main repeater at the TEMA [Tennessee Emergency Management Agency] site is affected by the outage and fortunately we just last week got two DMR repeaters online in Williamson County, and all communications is going through them.

“WCARES is holding a continuous net on our five-repeater linked system to assist hams as needed. We are relaying news updates from AT&T and county governments and assisting callers on AT&T to implement wireless calling on their phones. In the future we may start taking traffic and routing it to the state nets.” The monitoring net on the linked system will remain u p until AT&T systems begin to come back online, he added.

Hudgens said that a net is active in Davidson County in Middle Tennessee, in addition to the WCARES net. “The MTEARS system is active and providing similar information. Our DMR repeater system is also up and running. The main repeater at TEMA is down because of the AT&T outage, but just last week we got two new DMR repeaters up in Williamson county and all DMR traffic is running through them,” Hudgens said.

A public address system on the RV broadcast continuous warning messages, counting down from 15 minutes. Police called to the site after reports of gunfire quickly evacuated residents. According to FEMA, outages with patient-tracking systems were reported, but there is no anticipated impact on patient care. Air traffic at Vanderbilt University Medical Center is on hold due to a communication outage, FEMA said. Vanderbilt University Medical Center is the only Level I trauma center serving the region.

AT&T is experiencing service outages across middle Tennessee and Kentucky, including with local 911 systems, cable TV, telephone, and internet customers. The Tennessee Emergency Operations Center is at partial activation, experiencing telephone and internet outages. The FBI is heading up the investigation. FEMA reports it’s received no requests for assistance.