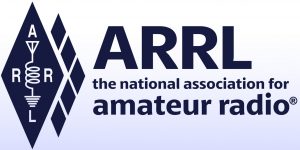 In comments to the FCC, ARRL has argued that radio amateurs be allowed to continue shared operation in the 3.4 GHz band until 5G licensees who purchase the spectrum when the FCC puts it up for auction initiate incompatible operations. In its Further Notice of Proposed Rulemaking (FNPRM) in WT Docket 19-348, the FCC had proposed to sunset the band for amateur radio in two phases, governed by when new licenses are issued rather than when the new licensees begin to use the spectrum. In the FNPRM, the FCC solicited comments on whether alternatives exist to its proposal.

“Amateur activities further the public interest and should be permitted to continue on a secondary basis unless and until a new primary licensee is ready to occupy the spectrum in a preclusive manner,” ARRL told the FCC. “At a minimum, amateur operations should be permitted to continue indefinitely in the 3.3 – 3.45 GHz spectrum, where no new flexible licenses are under immediate consideration. The Commission could consider whether a registration or other mechanism similar to that found in Section 97.303(g) would facilitate avoiding interference.”

Section 97.303(g) contains specific frequency-sharing requirements for the 2200- and 630-meter amateur bands. ARRL said its comments were without prejudice to its pending Petition for Reconsideration of the FCC proposal to delete the amateur secondary allocation from the entire 3.3 – 3.5 MHz band.

ARRL noted that some 1,000 comments have been submitted by individual amateurs and amateur organizations at the initial stage of this proceeding. Those included one from the Emergency Communications Coordinator in the California Governor’s Office of Emergency Services, who wrote: “Over the years the State of California Governor’s Office of Emergency Services Public Safety Communications Tactical Communications Unit has utilized Radio Amateur Television product during fire operations to gather intel and monitor threats to communications sites being affected by fires and fire weather events… Part of the backbone of the [amateur radio television] system utilizes the 3-GHz spectrum, and due to heavy spectrum usage in the 1.2 and 5.8 GHz spectrum, the 3 GHz spectrum becomes very important for frequency diversity supporting these networks…”

As ARRL noted, “Amateurs often select the 3.4-GHz spectrum precisely because other spectrum choices are sub-optimum or simply not available. Amateurs also are only secondary users on most of the other spectrum suitable for similar purposes,” ARRL said. “Links must be carefully engineered because of that secondary status, which applies to most of the 2.4- and all of the 5.8-GHz bands available to amateurs. In many geographic areas, it is a misconception that the 3.4 GHz operations easily can be moved to other bands.”

ARRL emphasized the importance of allowing amateurs to continue to use the 3.4 – 3.45 GHz portion in particular. “As stated by commenters during the initial stage of this proceeding, some of the equipment commonly used in this band for network linking cannot be re-channeled below 3.4 GHz,” ARRL said.

ARRL pointed out that in many geographic areas it could be years before the 3 GHz spectrum is actually put into use by commercial users, and argued that amateur radio should be allowed to continue to operations on a secondary, non-interference basis as it has done for decades with federal primary users, until new uses actually begin, rather than when licenses are issued.