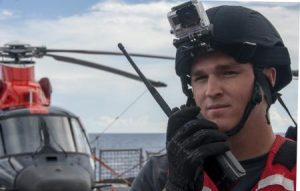 The US Coast Guard has invited comments by January 21, 2021, on a proposal to discontinue HF voice watchkeeping. The proposal appeared on November 20 in the Federal Register. The USCG proposes to cease monitoring 4125, 6215, 8291, and 12,290 kHz, in the contiguous US and Hawaii, due to a lack of activity.

“We believe this change would have a low impact on the maritime public, as commercial satellite radios and Digital Selective Calling (DSC) marine-SSB HF radios have become more prevalent onboard vessels,” the Coast Guard said. “However, we would like your comments on how you would be affected if we terminated monitoring HF voice-only distress frequencies within the contiguous US and Hawaii, particularly if you use HF, but do not currently have a commercial satellite radio or an HF DSC-capable radio aboard your vessel.”

The Coast Guard said it would continue to monitor HF DSC distress alerting for all existing regions and voice distress and hailing from Kodiak, Alaska, and Guam. The Maritime Mobile Service Net (MMSN) on 14.300 MHz remains available to less-equipped mariners who need assistance in emergencies.