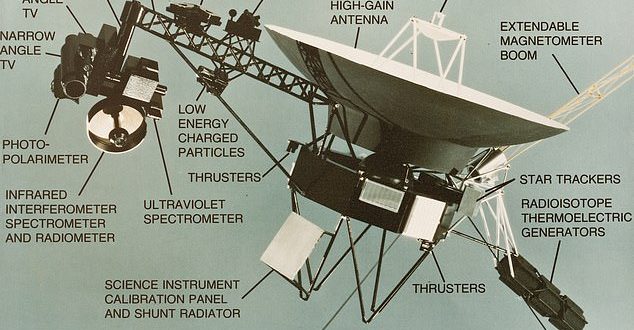 NASA reestablishes contact with 43-year-old Voyager 2 which is 11.6 BILLION miles from Earth after repairs to antenna in Australia left spacecraft flying solo for seven months

NASA has reestablished contact with its Voyager 2  spacecraft as it travels more than 1.6 billion miles from Earth – after the probe was left flying solo for seven months while repairs were made to the radio antenna in Australia they use to control it.

Mission operators sent a series of commands to the 43-year-old probe using the ground-based Deep Space Station 43 (DSS43) antenna, which established a signal confirming the ‘call’ was received.

DSS43 had been offline since March while NASA completed a series of hardware upgrades, but tested the new components by sending commands to the craft.

However, due to the distance, the ground team had to wait more than 34 hours for a reply – but Voyager 2 received the commands and sent back a ‘hello.’

DSS43 is located in Australia and is part of a collection of radio antennas around the world that combine to communicate with any spacecraft beyond the moon. … READ MORE MORE