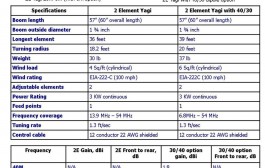 Pittsburgh radio station KDKA will celebrate 100 years of radio broadcasting in November, and Pennsylvania radio amateurs will honor that milestone in a multi-station special event. KDKA dates its broadcasting history to the airing of the Harding-Cox presidential results on November 2, 1920, and the station has been on the air ever since. The special event, which will involve the operation of four stations, will run through the entire month of November.

“More than 100 years ago, many experimenters started delving into a new technology known as wireless, or radio,” said Bob Bastone, WC3O, Radio Officer for the Skyview Radio Society in New Kensington, Pennsylvania. Bastone explained that many of those early pioneers were radio amateurs. “One hundred plus years later, many amateur radio operators are still contributing to wireless technology, while also serving their communities and enhancing international goodwill. Congratulations to KDKA Radio, also known in the early years as amateur radio stations 8XK, 8ZZ, and W8XK.”

Special event stations K3K, K3D, K3A, and W8XK will set up and operate at several locations in Pennsylvania during November. Stations will determine their own modes and schedules. Visit the W8XK profile on QRZ.com for information on certificates and QSLs.

What became KDKA initially began broadcasting in 1916 as amateur radio station 8XK, licensed by the Federal Radio Commission (FRC), the predecessor to the FCC. At the time, amateurs were not prohibited from broadcasting. The small station was operated by Dr. Frank Conrad, who was Westinghouse Electric and Manufacturing Company assistant chief engineer. The transmitter ran 75 W, and the broadcasts gained some popularity in Pittsburgh.

During World War I, amateur radio operation was suspended due to national security concerns. After the war, 8XK was reorganized as a commercial AM radio station, KDKA. The first transmissions of KDKA originated in a makeshift studio on the roof of Westinghouse K Building in East Pittsburgh.

Individual radio amateurs will operate from their own stations, and a small group of hams is planning a portable operation from South Park in suburban Pittsburgh.

Stations will invite the public to visit, while observing the required social distancing protocols.

“We amateur radio operators look forward to contacting thousands of other hams around the world to celebrate this huge milestone in the commercial broadcasting industry,” said Bastone. Contact him for more information. — Thanks to ARRL Public Information Officer and Allegheny County ARES Emergency Coordinator Bob Mente, NU3Q, for providing the information for this story.